The opening of the exhibition “Saint Exupéry and his military commitment” took place in the presence of representatives of the Souvenir Français, Claudie Haigneré, former Minister, spacewoman and Patron of the Foundation, representatives and young ambassadors of the Antoine de Saint Exupéry Youth Foundation, students of the Ecole de l’Air et de l’Espace, and several associations, Air Force Generals, the illustrator of the Saint Exupéry comics, Cédric Fernandez, and the sculptor Jean-Marc de Pas who has created several works in tribute to Saint Exupéry and his Little Prince, as well as young people from the Escadrille Air Jeunesse de Paris supported by the Foundation. 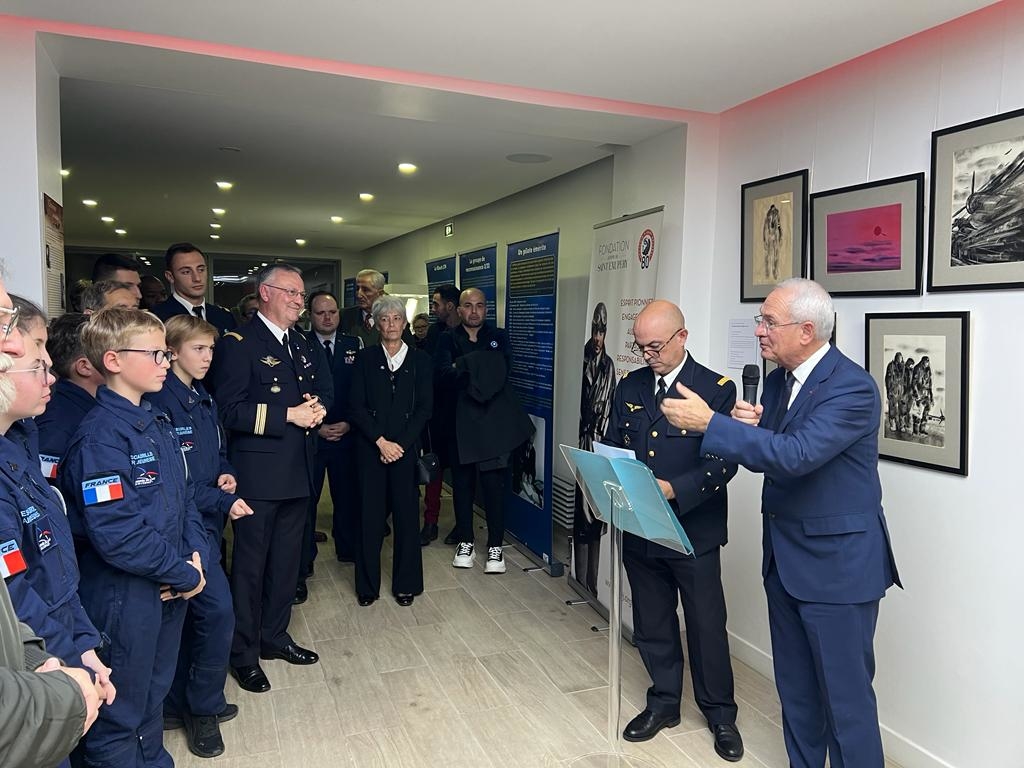 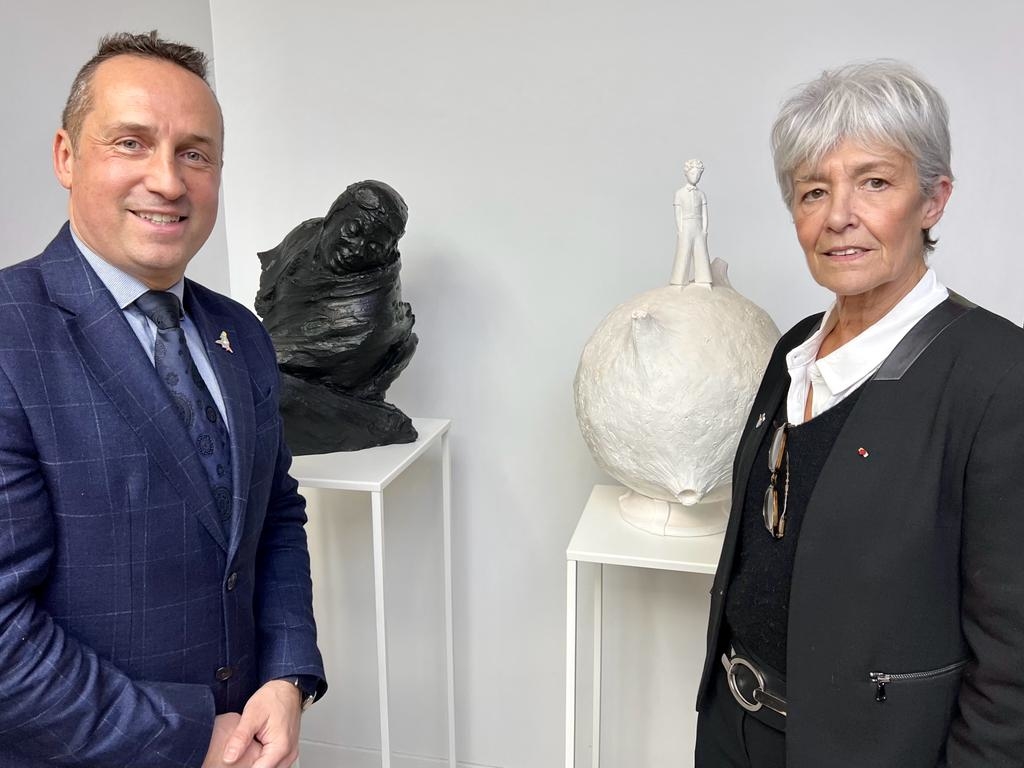 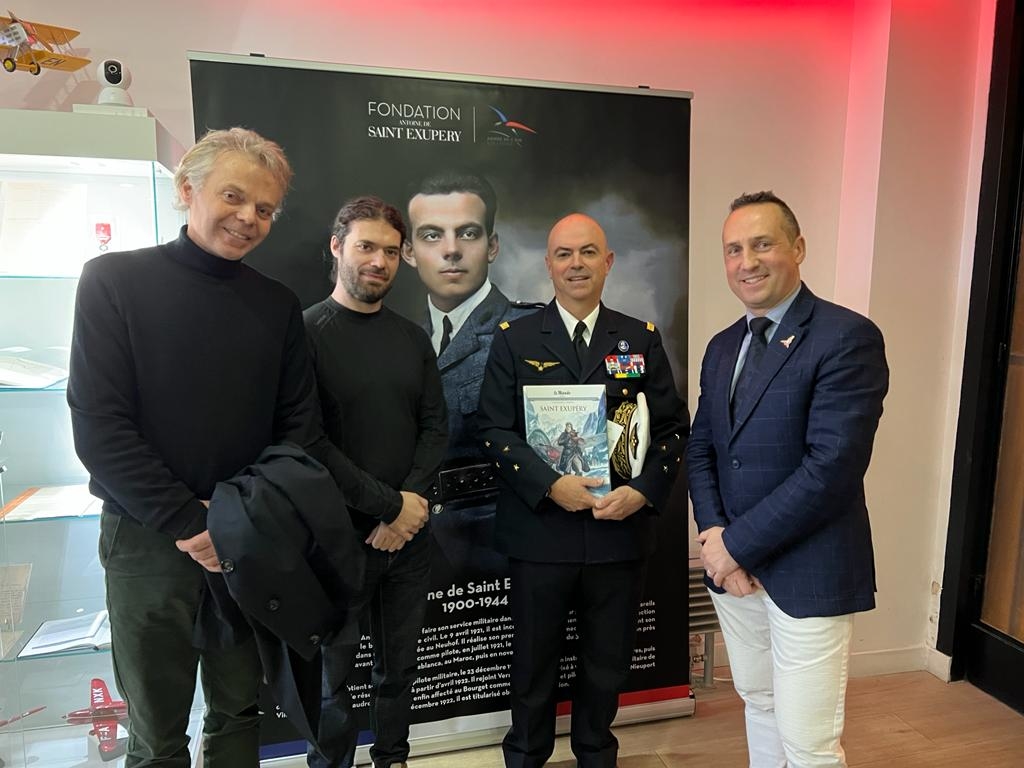 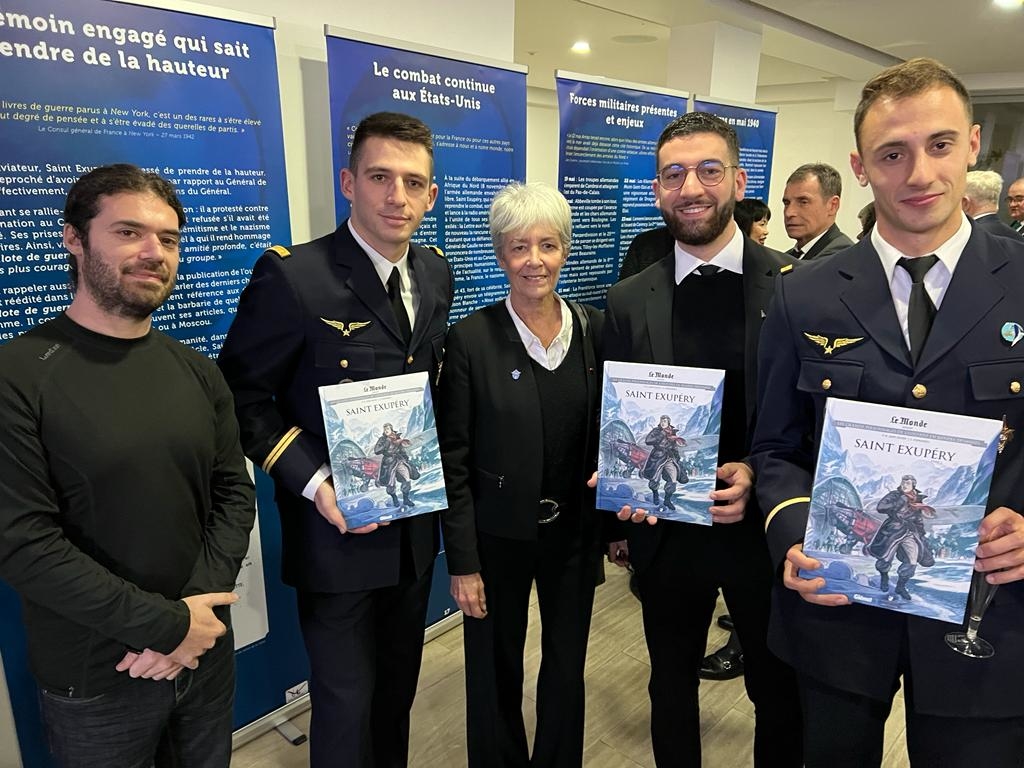 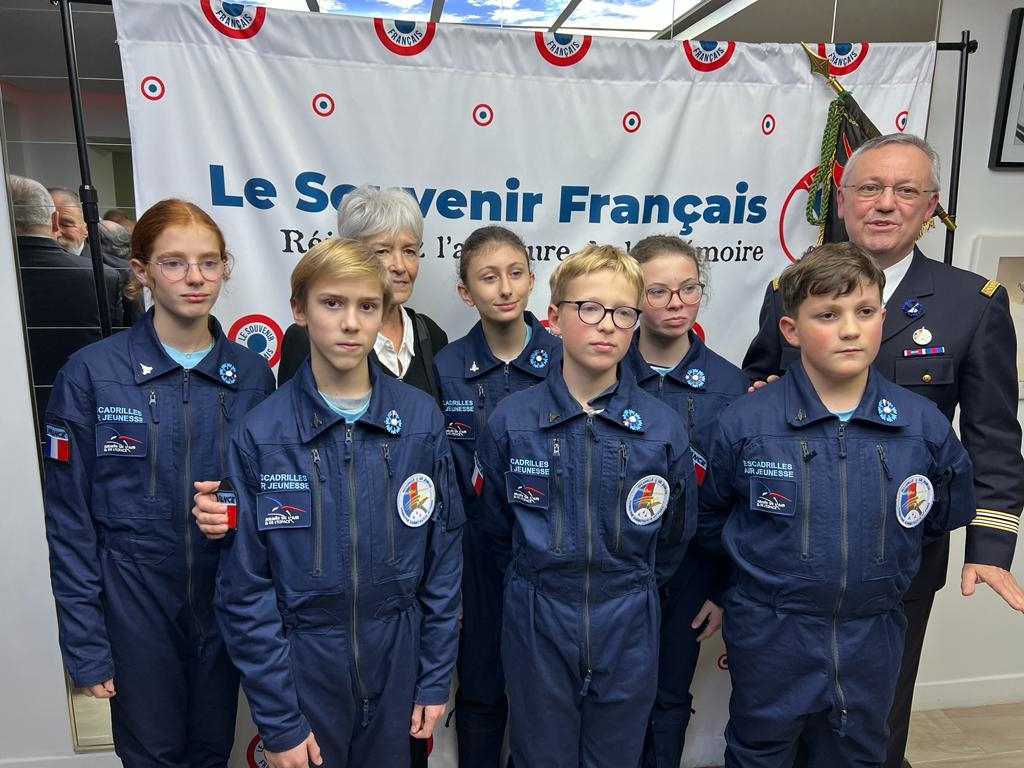 Watch the speeches on the opening

Supported by the Foundation within the framework of the partnership with the Ailes de France Foundation, the Air Jeunesse squadrons of Paris and the Ile-de-France region came to visit the exhibition at the headquarters of the Souvenir Français and carried out an educational work around the memory of the famous fighter of the Air Reconnaissance Group II/33, with the participation of General Xavier Laure, volunteer ambassador of the Foundation. A great moment of sharing around the value of commitment, dear to Commander Antoine de Saint Exupéry! 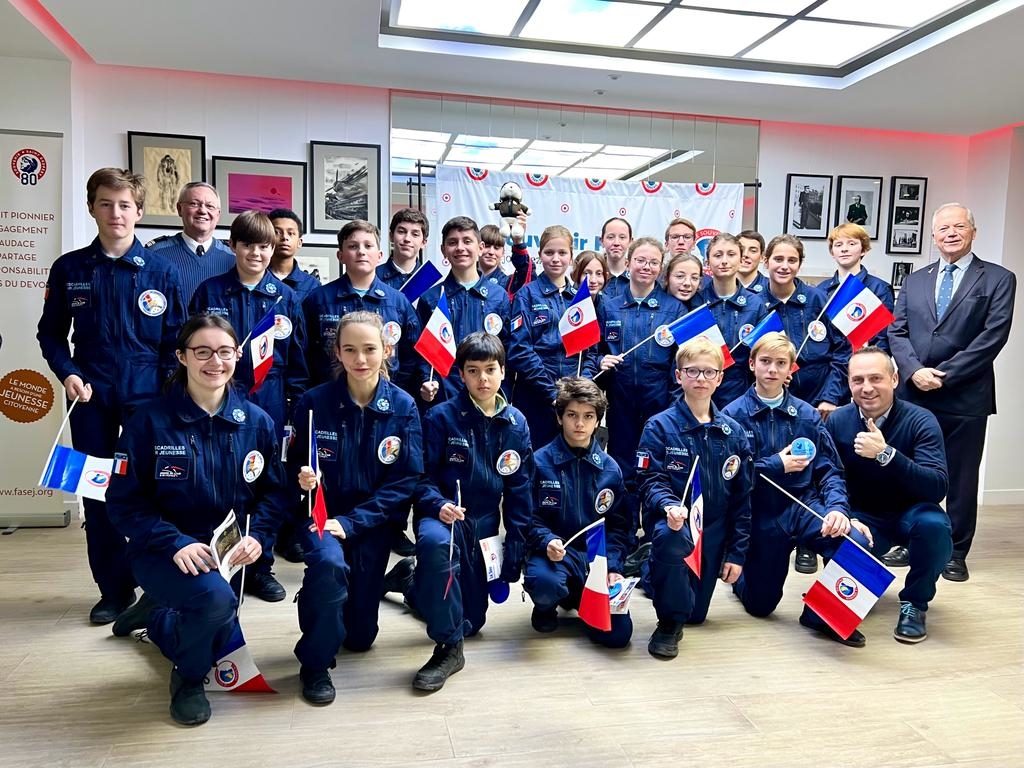 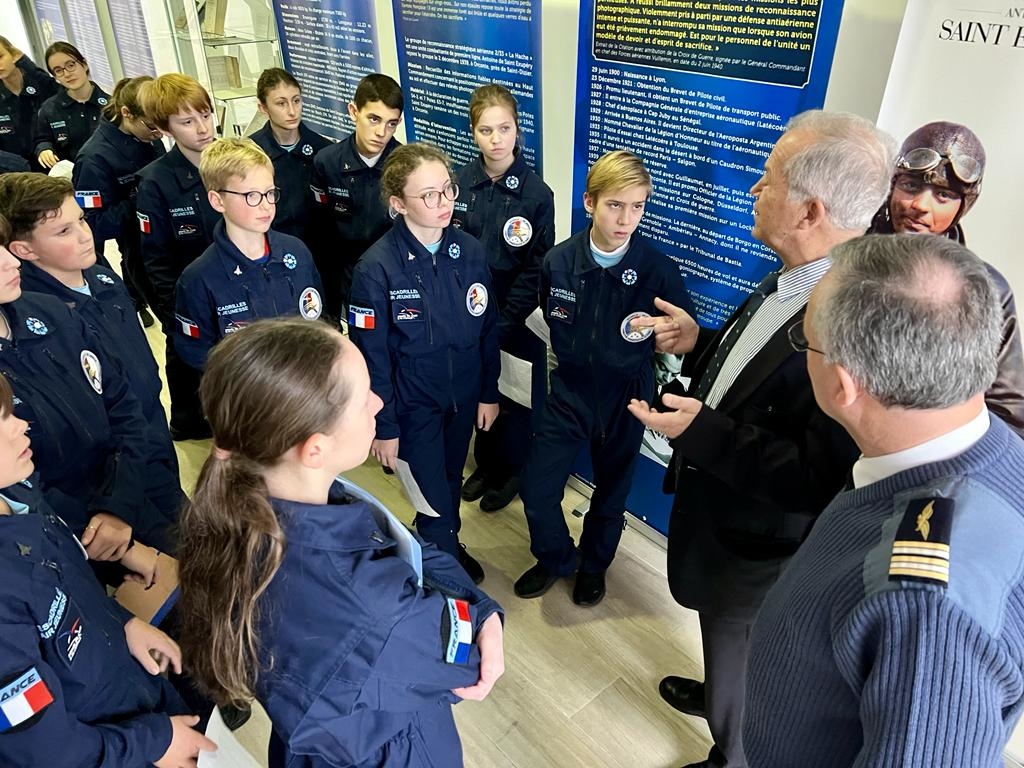 and of the Mayor of Le Mans, Stéphane Le Foll

The former Minister, Stéphane Le Foll, Mayor of the City of Le Mans and President of the Metropolitan area, came to meet Olivier d’Agay, grand-nephew of the author of Flight to Arras, at the exhibition at the Souvenir Français in the presence of Catherine Maunoury, President of the Aero-Club of France. 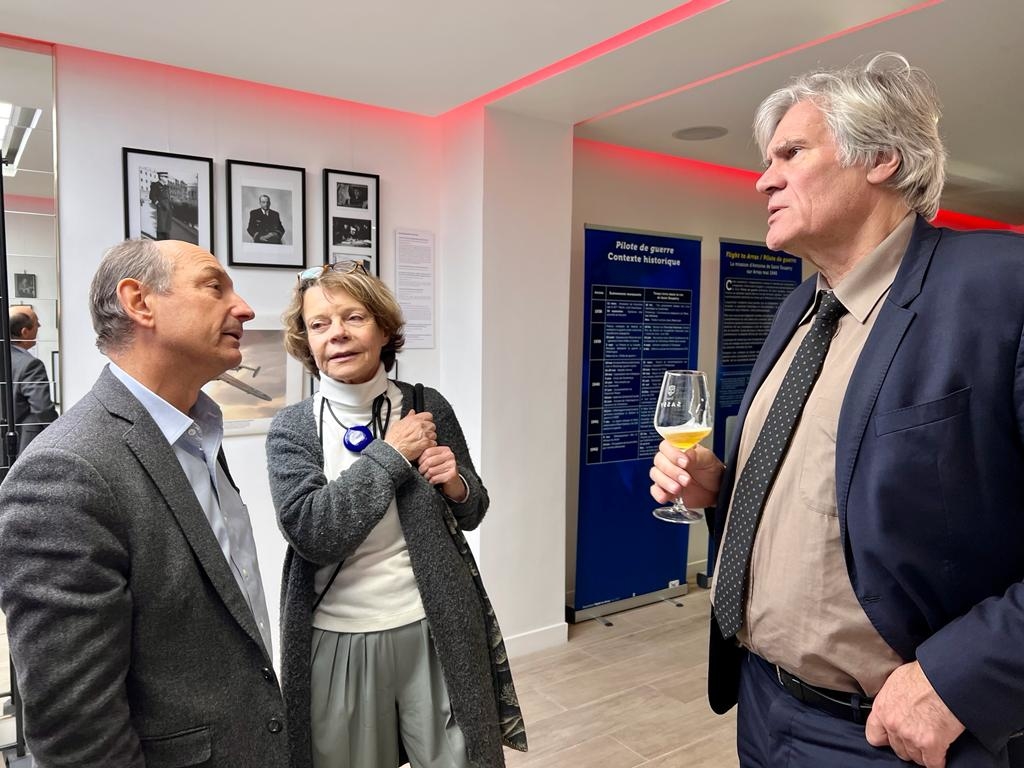 In October 2020, Antoine de Saint Exupéry was honored during the “Faites Lire!” festival in Le Mans, where the young Antoine studied at the Collège Sainte-Croix, from 1909 to 1915.