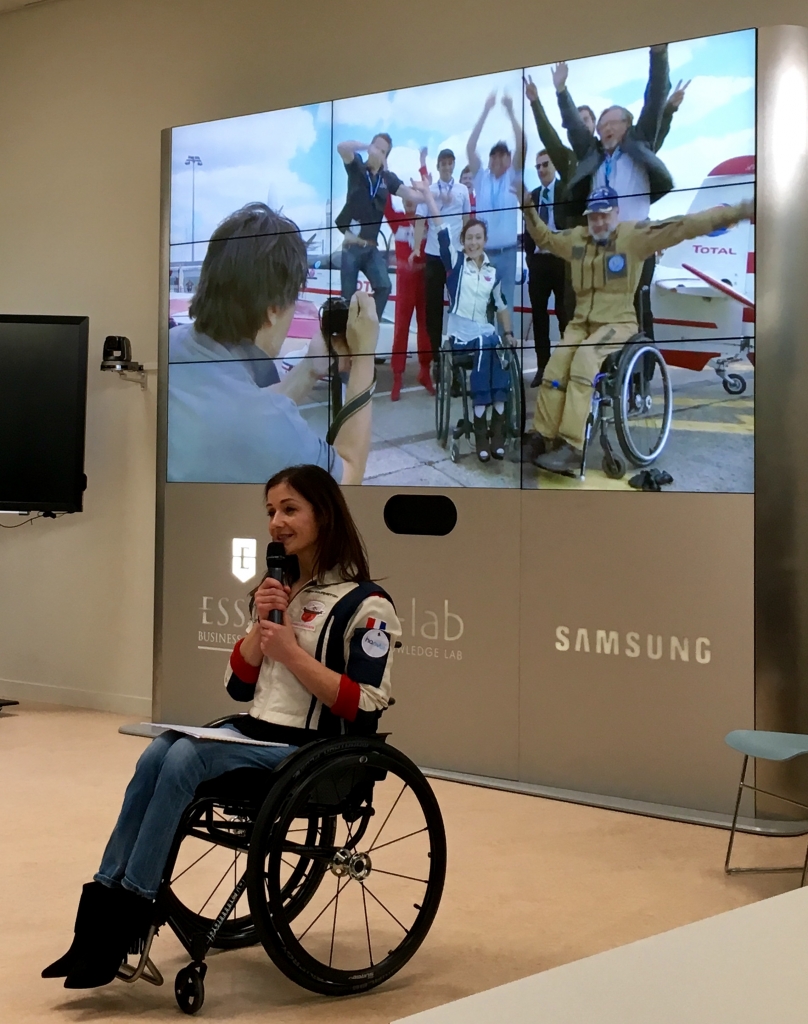 Aviator Dorine BOURNETON, member of the patronage committee of the Antoine de Saint-Exupéry Youth Foundation, is conducting a cycle of lectures initiated by the Foundation to share with youth her passion for aviation and sporting challenges, in the spirit of Antoine de Saint-Exupéry who wrote: “Self-discovery comes when a man measures himself against an obstacle” (Wind, Sand and Stars, 1938). 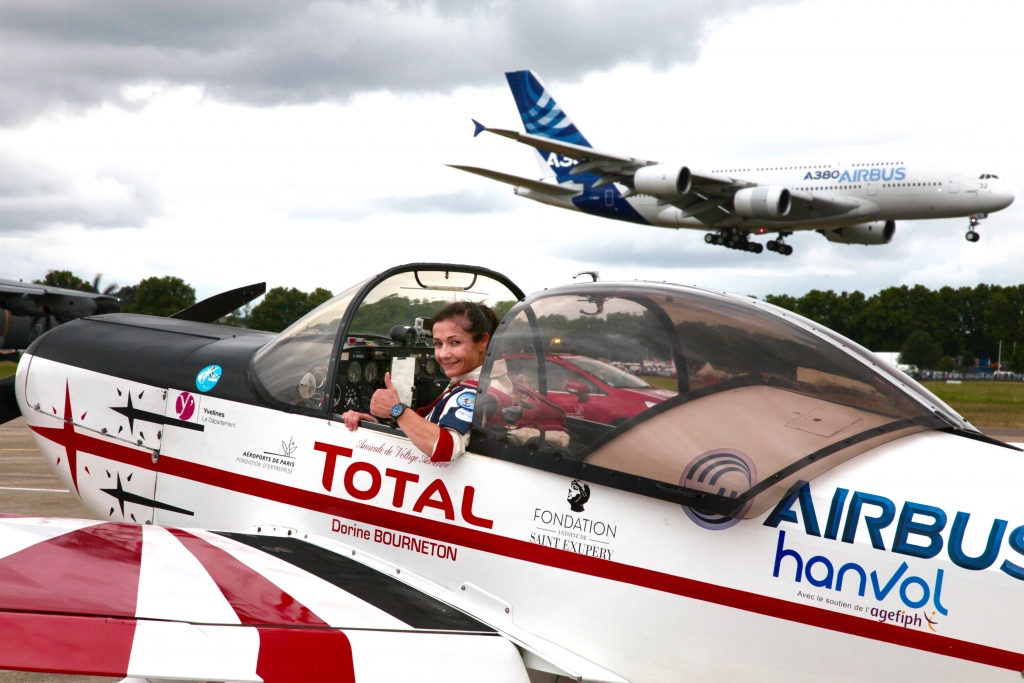 Since the plane crash she suffered as a passenger in 1991, Dorine hasn’t stopped pushing her limits: she obtained her private pilot’s licence in 1995, participated the following year in the Tour Aérien des Jeunes Pilotes (Young Pilots Aviation Tour) competition and became leader of the Bleu Ciel (Blue Sky) aerobatic team in 2003. 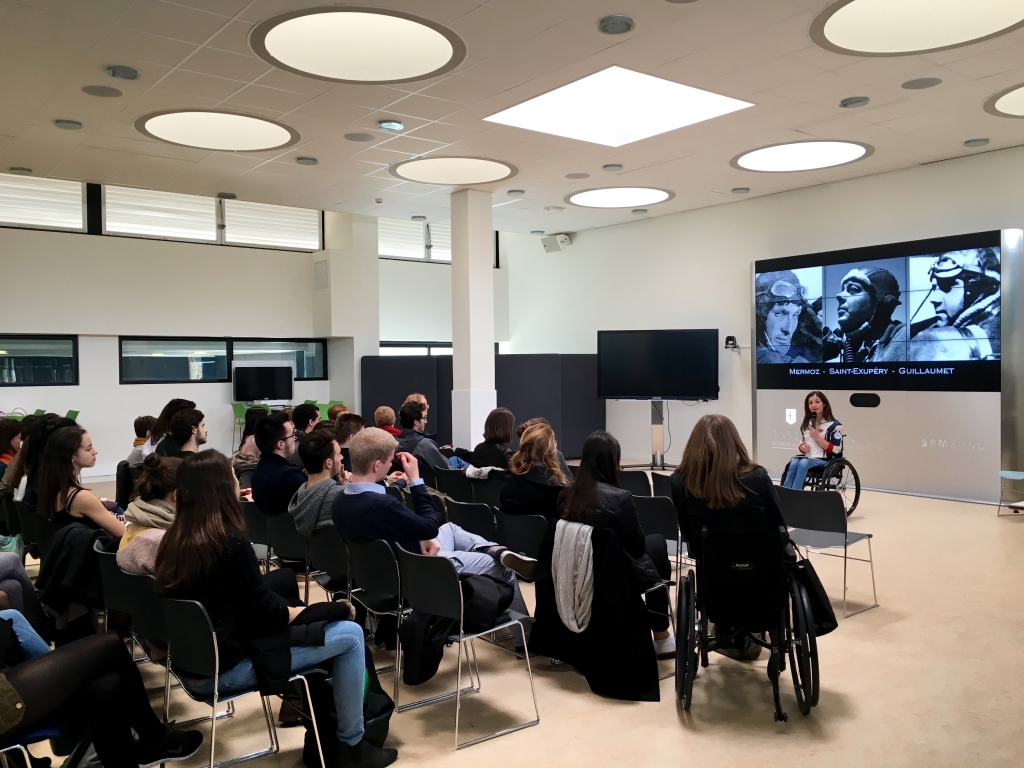 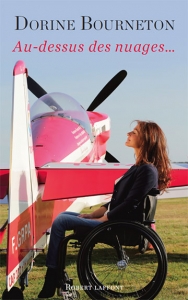 A highly-experienced pilot, Dorine became the first female paraplegic pilot of aerial acrobatics in the world during the Paris Air Show in Le Bourget in 2015. During her lectures, she explains her unusual career path and aeronautic achievements, while sharing with youth her ability to adapt positively to various constraints.

She is the author of the book “Au-Dessus des Nuages” (“Above the Clouds”), published in 2015 by Éditions Robert Laffont, which recounts her unique adventure following in the footsteps of her heroes: Mermoz, Guillaumet and Saint-Exupéry.

Since June 2014, the Foundation has supported Dorine Bourneton’s initiatives and projects in favour of the social integration of handicapped people. 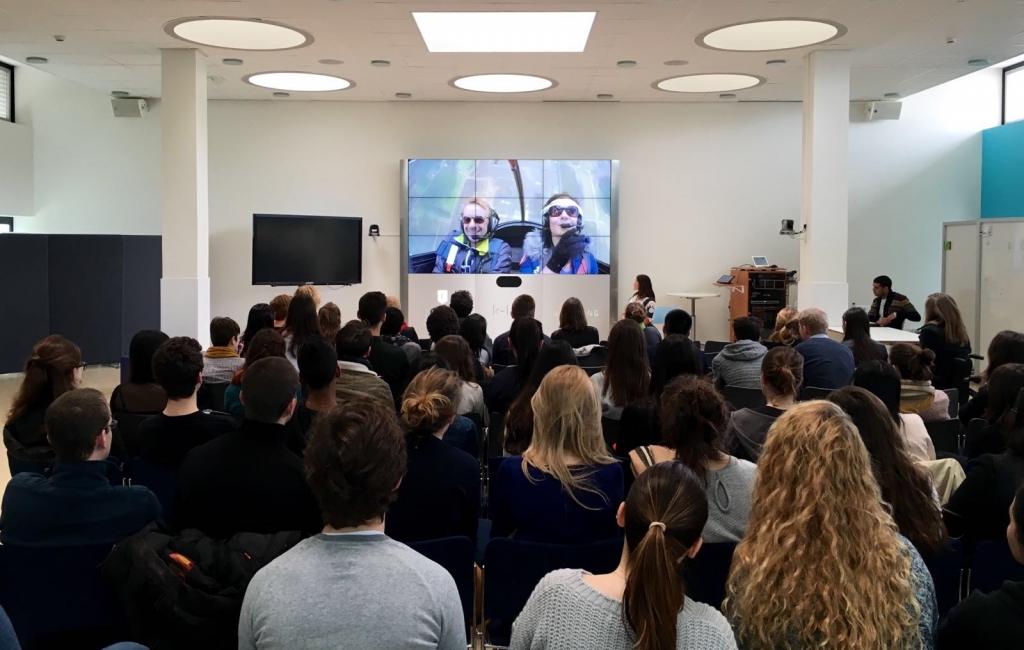