On 28 September 2018, on the tarmac of Perpignan Airport, the three winners of the Antoine de Saint-Exupéry international writing contest – Madeleine Adoumbou (25 years old, Chaponost), Marien Côme (22 years old, Amboise) and Lou Gurak (13 years old, Lille) – were welcomed by the prestigious Patrouille de France (French Air Force Acrobatic Team – PAF), on the occasion of the second leg of the Raid Latécoère-Aéropostale and the centenary celebrations of the Toulouse-Perpignan-Barcelona airmail route.

This unique competition entitled “Aviation To Connect Youth”, initiated by the Antoine de Saint-Exupéry Youth Foundation, was organised in partnership with the Labo des Histoires, the Raid Latécoère-Aéropostale and Editions Gallimard to encourage youth to practice writing and to promote the influence of the French language internationally.

Launched symbolically by Senegalese and French students in Saint-Louis, accompanied by the President of the French Republic, Emmanuel Macron, during his state visit to Senegal in February 2018, this writing contest, which was placed under the patronage of French astronaut Thomas Pesquet in 2017, is this year supported by French singer Calogero, whose song “Voler de Nuit” (“Flying By Night”) pays tribute to the creator of “The Little Prince” and his universal humanist message.

Discover Calogero’s announcement of the contest inviting young French speakers to write a letter carrying a message of hope and future for the planet :

The 200 crew members of the Raid, students of Anatole France secondary school in Toulouse and schoolchildren from the Pyrénées-Orientales were able to discover with emotion the letters of the laureates, which they read under the watchful eye of several members of the competition jury and personalities from the aeronautical world, such as Antoine de Saint-Exupéry’s great-niece, Roselyne Sartre, Marie-Vincente Latécoère (Pierre-Georges Latécoère Foundation), Raphaël Domjan (Planet Solar and Solar Stratos) and Loïc Blaise (Polar Kid).

Listen to the young laureate Lou Gurak reading her letter to Naji on France Bleu Nord:

Listen to an excerpt of the reading – in crowdsurf style – of the letter to Pantoine (Papa Antoine) by Madeleine Adoumbou: 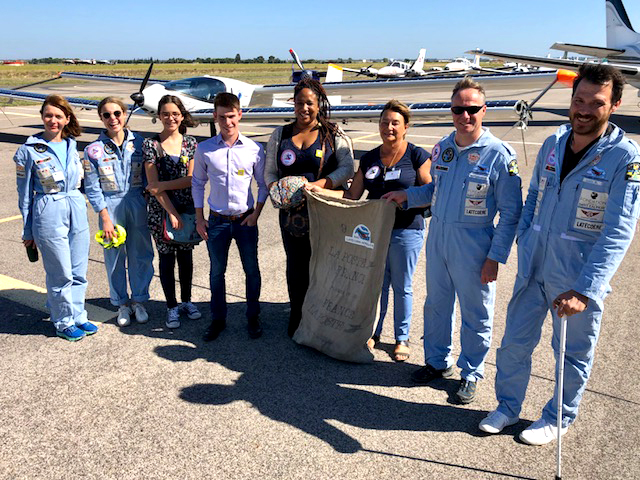 Like the 20 contest finalists, Madeleine, Marien and Lou were able to deposit their handwritten letters in a postal bag, alongside the 800 letters received from around the world for this writing contest and the letter written by the French President Emmanuel Macron himself in Saint-Louis, Senegal, so that they could travel to Dakar aboard the plane of the father-daughter tandem, Hervé and Albane de Saint-Exupery, who took part in this aerial adventure to spread the values ​​of the Antoine de Saint-Exupéry Youth Foundation and to participate in the solidarity and cultural activities of the Raid for the benefit of young people in Africa.

A unique experience, the laureates were invited by the Patrouille de France to attend its pilot briefing – the rehearsal of the aerial demonstration that they would give only a few minutes later. It was an unforgettable day following in the footsteps of Antoine de Saint-Exupéry, their heads in the stars, which these young people will long remember. 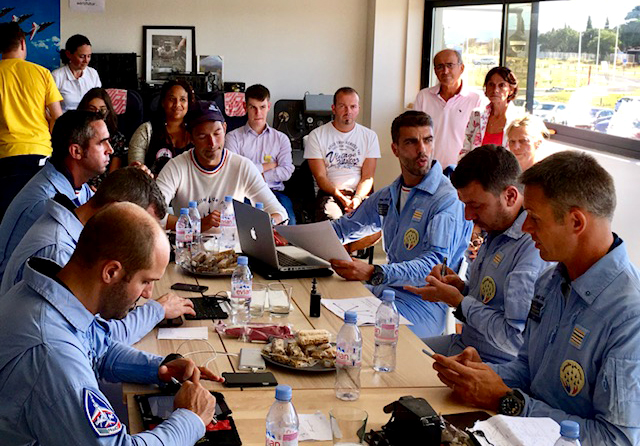 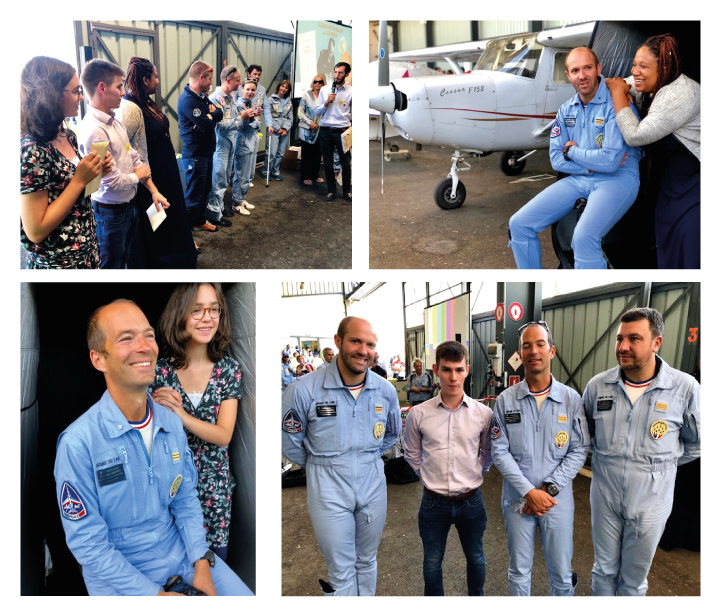