An exceptional day chaired by Mr. Kader Arif, Secretary of State to the Minister of Defence for Veterans and Memory, and General Denis Mercier, Chief of Staff of the French Air Force (CEMAA), was organised in partnership with the Foundation on Friday, 27 June 2014 at Airbase 709 of Cognac (Charente)to commemorate the 70th anniversary of the disappearance of Major Antoine de Saint-Exupéry.

Watch the TF1 coverage about this tribute :

The pilots of the Cognac airbase paid tribute to the memory of the famous writer, combatant and legendary aviator, Antoine de Saint-Exupéry, while at the same time recalling his universal humanist values, which continue to inspire the men and women of the French Air Force today. “On the occasion of the 100th anniversary of aerial war operations and the 80th anniversary of the French Air Force, I am delighted that one day is entirely dedicated to the career of this great man,” declared the Secretary of State. “His memory lives on today at Airbase 709 of Cognac.” 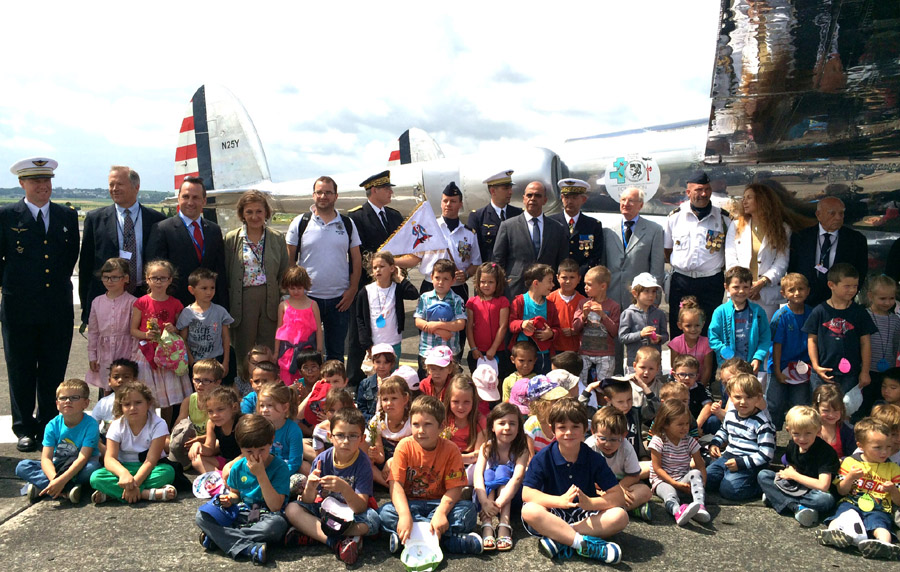 Having disappeared on 31 July 1944during an aerial war mission for France, while flying a Lockheed P-38 Lightning, Major Antoine de Saint-Exupéry never stopped enriching the heritage of the French Air Force through his writings. General Denis Mercier himself called him “a hero who constantly put his remarkable qualities founded on an unfailing courage and determination at the service of his country”. 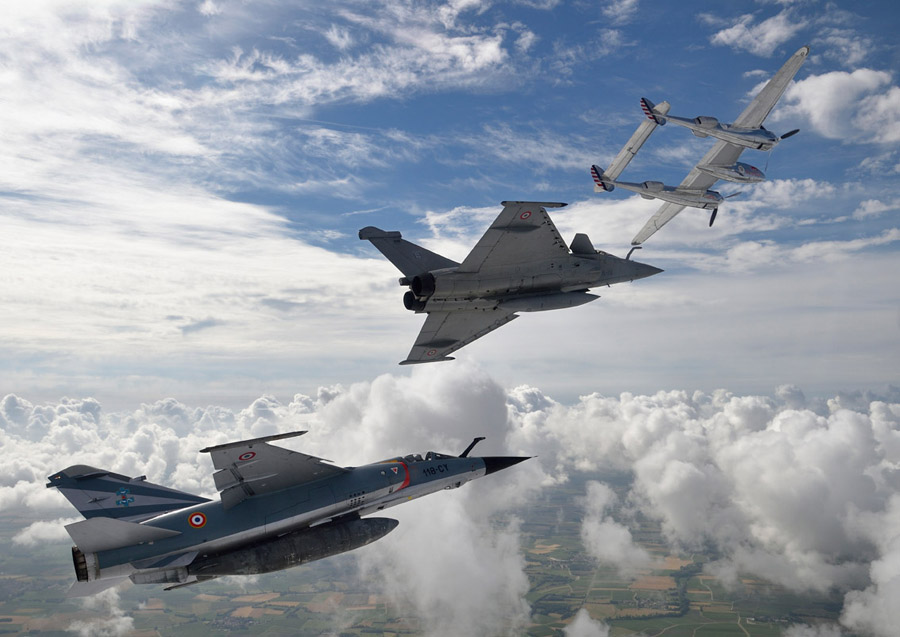 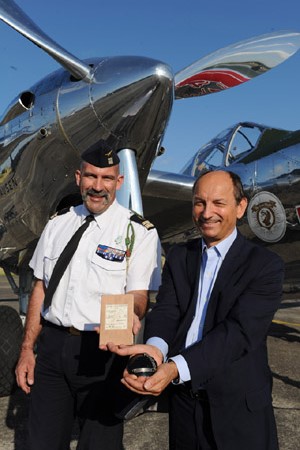 This vibrant homage was also an opportunity to celebrate the centenary of “The Axe” SAL-33 air squadron to which Saint-Ex belonged and of which the “Belfort” 1/33 drone squadron is now the guardian of the traditions, and to honour the veterans of the Belfort 1/33.

During this official ceremony placed under the theme of youth and Franco-American friendship, a representative from Antoine de Saint Exupéry’s family, Mr. Olivier d’Agay, read a moving extract from the last article written by the famous French writer and pilot, the day before his last mission, for his friend, the American journalist John Phillips, entitled “Letter to an American”, which evokes in particular the commitment of the American people during WWII.

A major military parade and spectacular aerial demonstrations were presented on this day paying tribute to the legendary aviator. A sculpture by the artist Anilore Banon dedicated to the author of “Flight to Arras” was also unveiled, and two never-before-seen exhibitions on Antoine de Saint Exupéry were inaugurated in Cognac.

Finally, the day honoured the Antoine de Saint Exupéry Youth Foundation. “I wish to pay tribute to the remarkable work carried out by the Foundation in partnership with the French Air Force in order to keep alive the noble human values of this great aviator,” said Mr. Kader Arif.

01- Officials with a group of students from Cognac and their teachers in front of the P-38 Lightning.
02- The Lockheed P-38 Lightning escorted by a Rafale and a F1 Mirage. © Alain Ernoult/ Antoine de Saint Exupéry Youth Foundation.
03- Olivier d’Agay presents Antoine de Saint Exupéry’s bracelet to Colonel Christophe Fontaine, Commander of the 1/33 “Belfort” drone squadron, holding the last logbook of the writer and pilot, property of Aéro-Club de France. © Thomas Goisque / Le Figaro.

« Letter to an American »