On Monday, 16 October 2017, 10 young writers in the making presented a copy of a book containing a series of short stories called La Huitième Planète du Petit Prince (The Eighth Planet Of The Little Prince) to European Space Agency (ESA) astronaut, Thomas Pesquet, during the 30th International Congress of Astronauts at the Cité de l’Espace (Space Centre) in Toulouse, with the support of Air France. This meeting marks the end of a unique educational and cultural project launched in November 2016 by the Antoine de Saint-Exupéry Youth Foundation (FASEJ), the ESA and the Labo des Histoires within the framework of the Proxima mission. 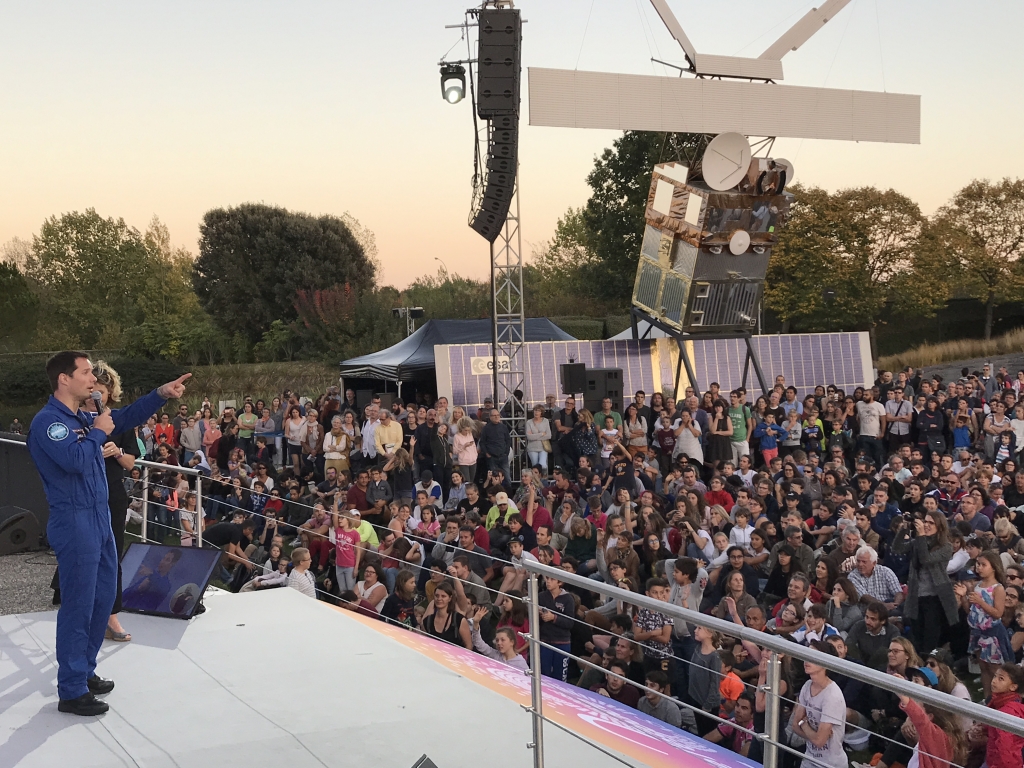 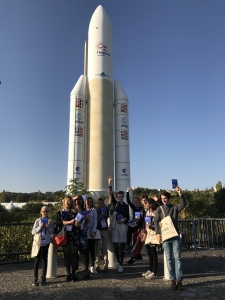 Only the 10th French astronaut to go to space, Thomas Pesquet wished to share his first space mission with youth, relying in particular on the complete literary works of Antoine de Saint-Exupéry (La Pléiade, Éditions Gallimard), which he had brought with him in his luggage.

On 2 January 2017, the astronaut announced the theme of the first writing contest launched from space in a video recorded on-board the International Space Station (ISS): “Imagine the voyage of the Little Prince on an eighth planet and his encounter with its inhabitant”. 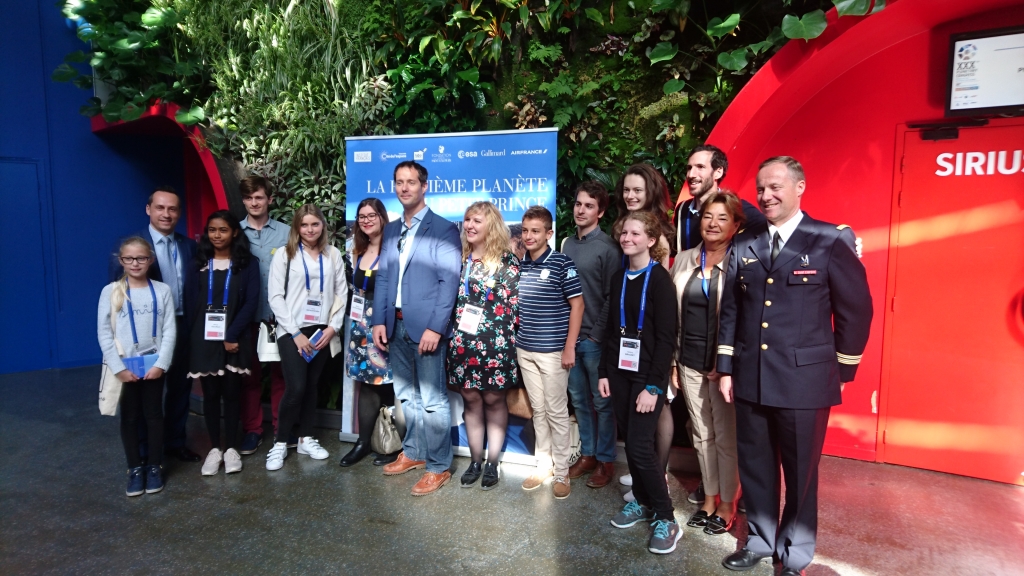 Within a period of two months, more than 8,500 children, teenagers and young adults originating from 78 different countries had participated in this unique contest entitled “Make your Stories Travel in Space”, which was organised by the Labo des Histoires, with the support of the FASEJ, ESA, Institut Français and Cité de l’Espace.

A selection of 50 stories was shortlisted by the Labo des Histoires’ team, which promoted the diversity of the texts. It is this selection that forms the basis of the book offered by the young laureates to Thomas Pesquet during the event in the presence of numerous personalities, the great-niece of the writer-cum-aviator, Roselyne Sartre, numerous journalists and several members of the jury of this exceptional contest: French astronauts Claudie Haigneré and Jean-François Clervoy, Director of the Cité de l’Espace, Jean-Baptiste Desbois, and Swiss adventurer Bertrand Piccard.

The texts expressed the creativity of the youth and the vitality of the French-speaking community. The humour of some stories contrasted with the melancholy of others, each of them reminding us in their own way of the thoughtful subjects revealed in The Little Prince, such as friendship, otherness, the protection of the planet and peace.

On 12 April 2017, the anniversary date of Yuri Gagarin’s voyage as the first human to journey into outer space, Thomas Pesquet recorded a second video from the ISS to unveil and read extracts from his two favourite texts, which were written by Manon Tendil (24 years old, Strasbourg) and Paul-Louis Drouffe (13 years old, Hong Kong).

To conclude this meeting between the young laureates and the chairman of the jury of the contest, Thomas Pesquet, Wing Commander Hervé de Saint Exupéry, volunteer administrator of the FASEJ and Officer in Charge of Youth of the French Air Force, read a text written by the nephew and godson of the author of The Little Prince and Chairman of the FASEJ, François d’Agay, to congratulate the contest winners and to thank Pesquet for having made this unique project possible.

Please watch here the press conference of the event :

Link to the digital version of this special collection of short stories published by Gallimard, the historical publishing house of Antoine de Saint-Exupéry:

You can control it by using right or left arrow