Singapore celebrates the 75th anniversary of the Little Prince (1943-2018) 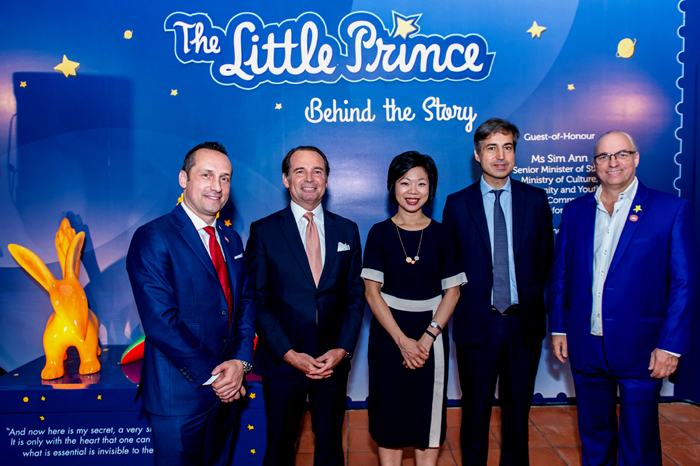 Singapore is paying tribute to The Little Prince and its author, French aristocrat, writer, poet and pioneer of aviation, Antoine de SAINT-EXUPÉRY (1900-1944), in celebration of the 75th anniversary of the first edition of this French literary masterpiece by unveiling a new exhibition presented by the National Heritage Board at the Singapore Philatelic Museum from 08 June 2018 to 17 March 2019. This falls within the framework of the Singapore-France Cooperation Agreement for the promotion of cultural and artistic exchanges between our two countries, with the support of the Singaporean Ministry of Culture, Community and Youth (MCCY), the French Embassy to Singapore, the French Institute and the Antoine de Saint-Exupéry Youth Foundation (FASEJ). 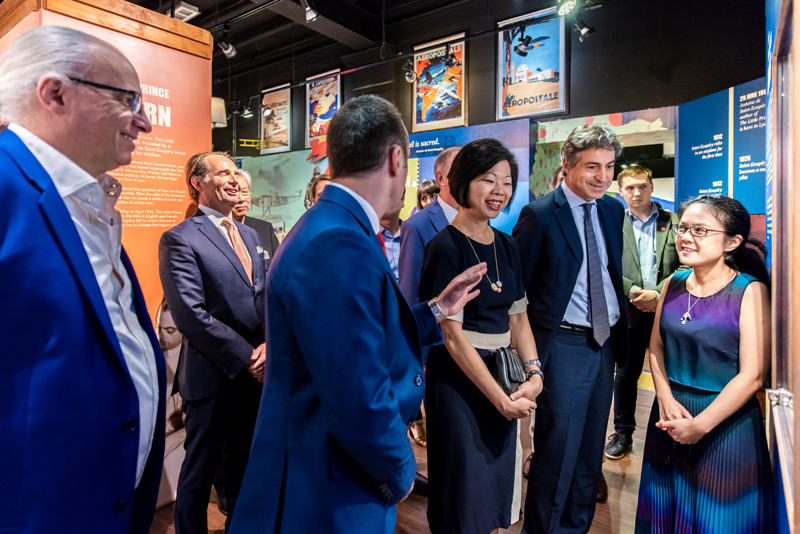 This unique exhibition was launched during an official opening ceremony chaired by guest-of-honour, Ms Ann SIM, Senior Minister of State of the MCCY, on 7 June 2018 at the Singapore Philatelic Museum, in the presence of H.E. Mr. Marc ABENSOUR, French Ambassador to Singapore, Mr. Lionel de SAINT-EXUPÉRY, member of the patronage committee of the FASEJ, French artists Mr. Arnaud NAZARE-AGA and Mr. Cédric FERNANDEZ and numerous Singaporean and foreign personalities. 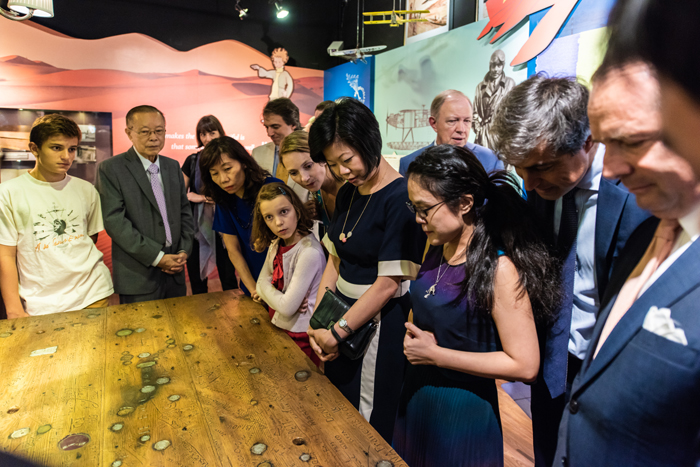 This Singapore-France event also coincides with the centenary of Latécoère (forerunner of the famous Aéropostale company and the airline Air France), marking the creation of the first transcontinental airmail company founded in 1918 by visionary French entrepreneur Pierre-Georges Latécoère.

The Latécoère Foundation, the Air France Museum, the Charles VII Museum of the City of Mehun-sur-Yèvre, the Archives Nationales (National Archives of France) and the Morgan Library & Museum of New York also contributed to the exhibition in Singapore intended for the general public and, in particular, for admirers of The Little Prince. 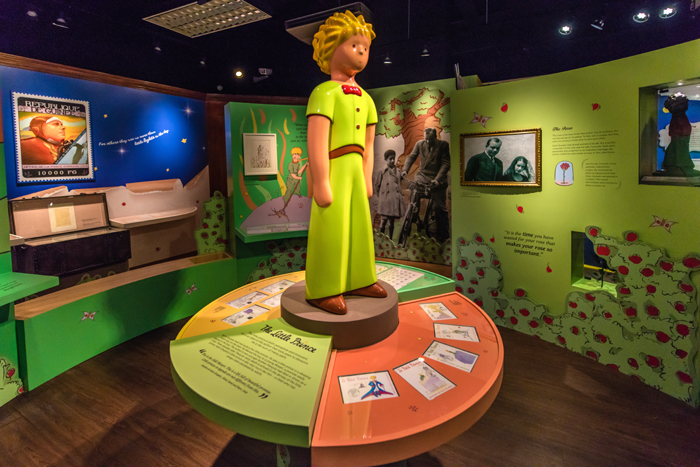 On display are important stamps and philatelic materials from all over the world representing The Little Prince and its author presented for the first time in Singapore, along with the personal belongings and artefacts of Antoine de Saint-Exupéry, such as his famous identity bracelet that was miraculously recovered in the Mediterranean sea near Marseille (France) 50 years after his disappearance, his pilot gloves, his leather satchel and his military coat, as well as several rare original letters, manuscripts and drawings, which are exhibited together with first editions of The Little Prince (New York, 1943) signed by the author himself and wonderful sculptures of the Little Prince created by Mr. Arnaud NAZARE-AGA in collaboration with the FASEJ. 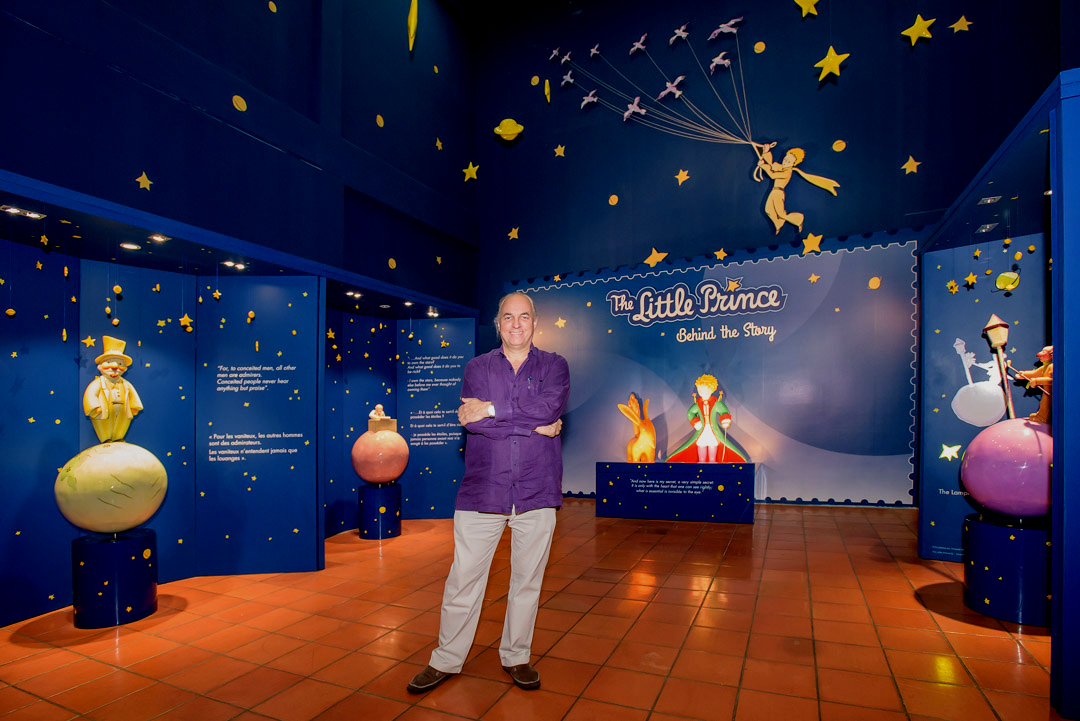 During this exhibition, the FASEJ will support educational and arts workshops by French association Arrimage for the benefit of visually-impaired children in Singapore, conducted by Dr. Claude GARRANDES, who created the first art book of drawings of the Little Prince in relief adapted to tactile reading with descriptions in French and English Braille with the support of the FASEJ and IWC Schaffhausen.

Find out more about the exhibition: 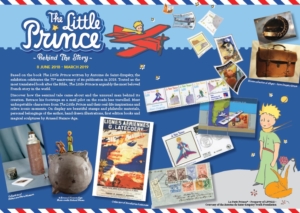 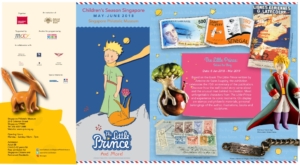