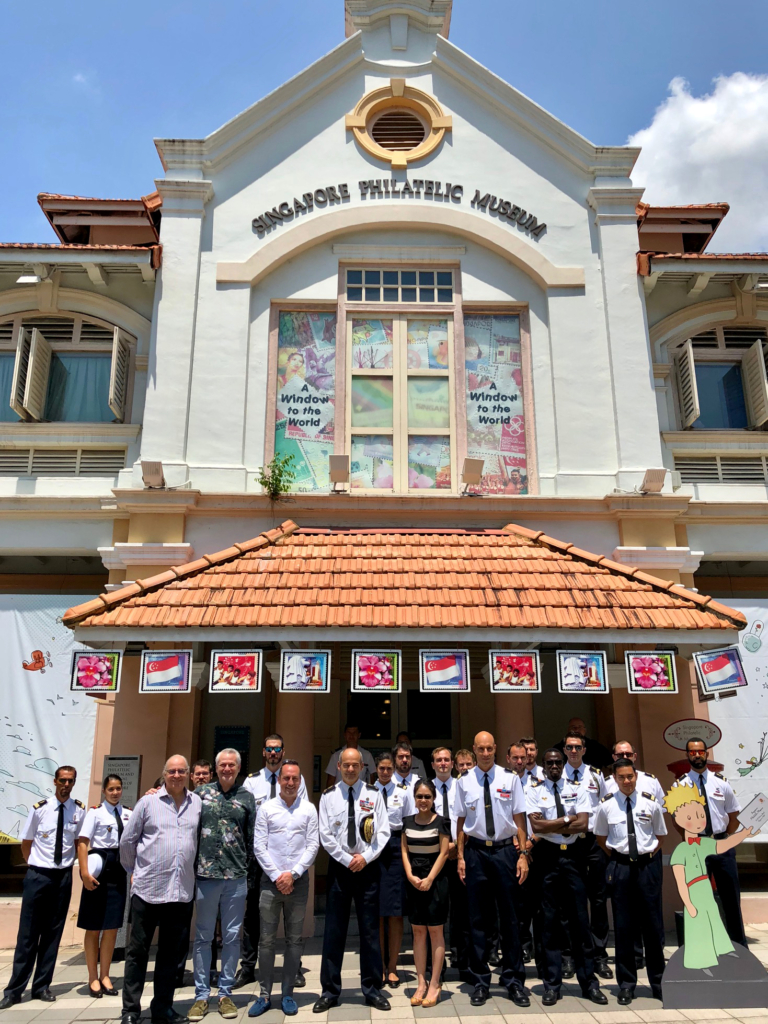 During a stopover in Singapore, General Patrick Charaix, Chief of the Pegase (French Air Force squadron on a mission projecting wingspan aerial devices in Southeast Asia), visited the exhibition at the Singapore Philatelic Museum dedicated to Antoine de Saint-Exupéry and his Little Prince, together with aviators from his detachment. 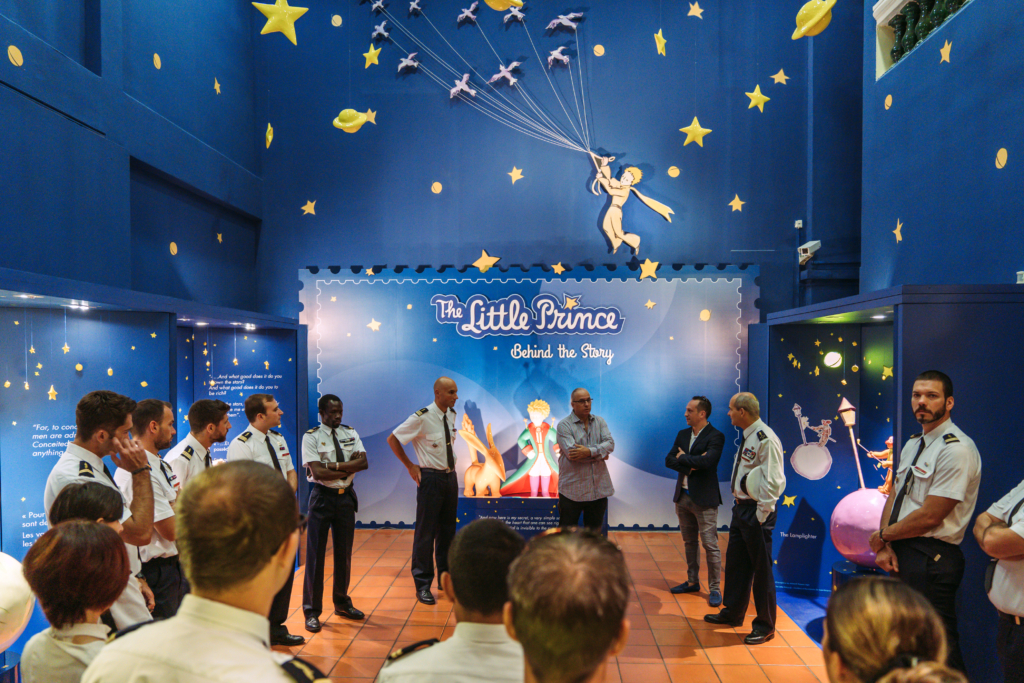 This private visit organised within the framework of the unique partnership between the French Air Force and the Antoine de Saint-Exupéry Youth Foundation was led by the curator of the exhibition, Mishelle Lee, in the presence of Arnaud Nazare-Aga, the artist of the sculptures of The Little Prince, and Nicolas Delsalle-Mun, Delegate General of the Foundation. 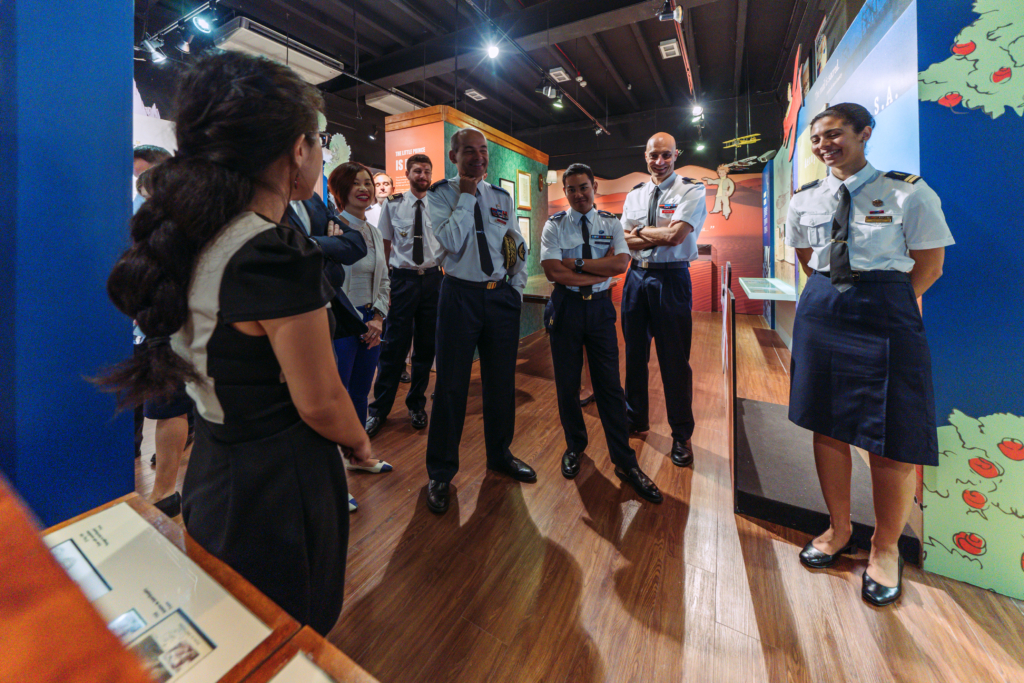 This Singapore-France cultural initiative organised in collaboration with the Singapore Philatelic Museum allowed the aviators to discover the life and works of the famous French writer-cum-pilot in a unique way: through the story illustrated by each stamp, both French and international, bearing the image of Antoine de Saint-Exupéry and his Little Prince from the extensive collection of this museum in Singapore. 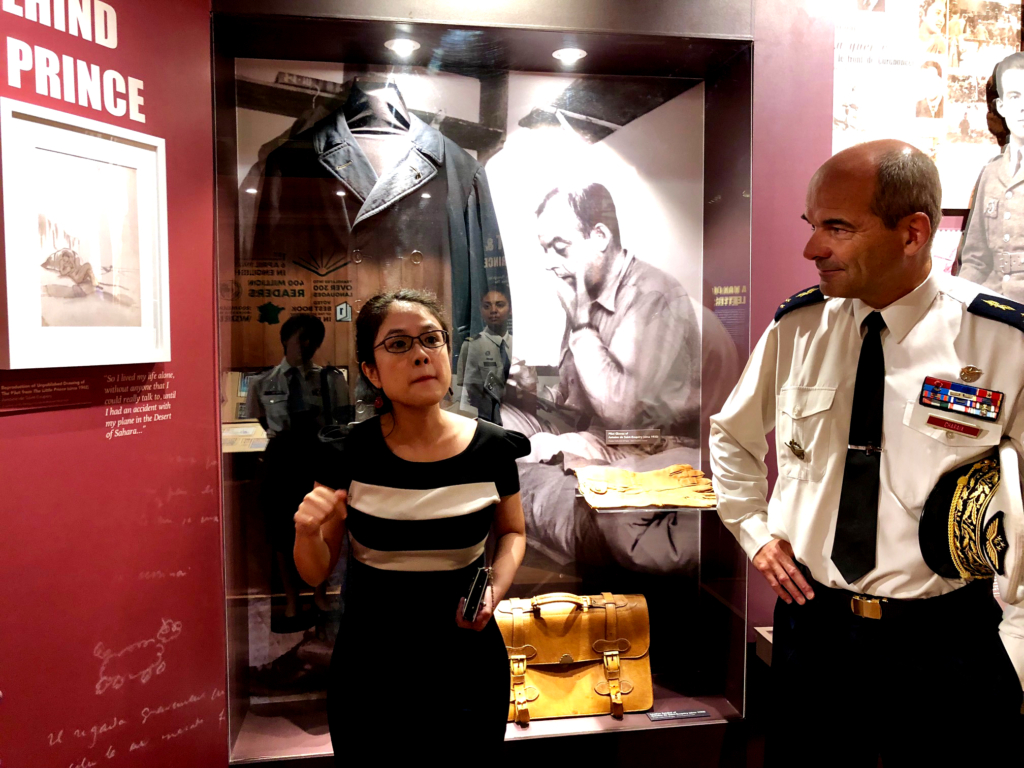 The Pegase delegation also had the privilege of getting a sneak peek of the tactile sculptures of The Little Prince, accessible to the visually impaired through the senses of touch and hearing, created by French artist Arnaud Nazare-Aga in collaboration with the Foundation, thanks to this unique exhibition in Singapore, which was organised as part of the international celebrations of the 75th anniversary of “The Little Prince” and the centennial of the Latécoère-Aéropostale airlines. 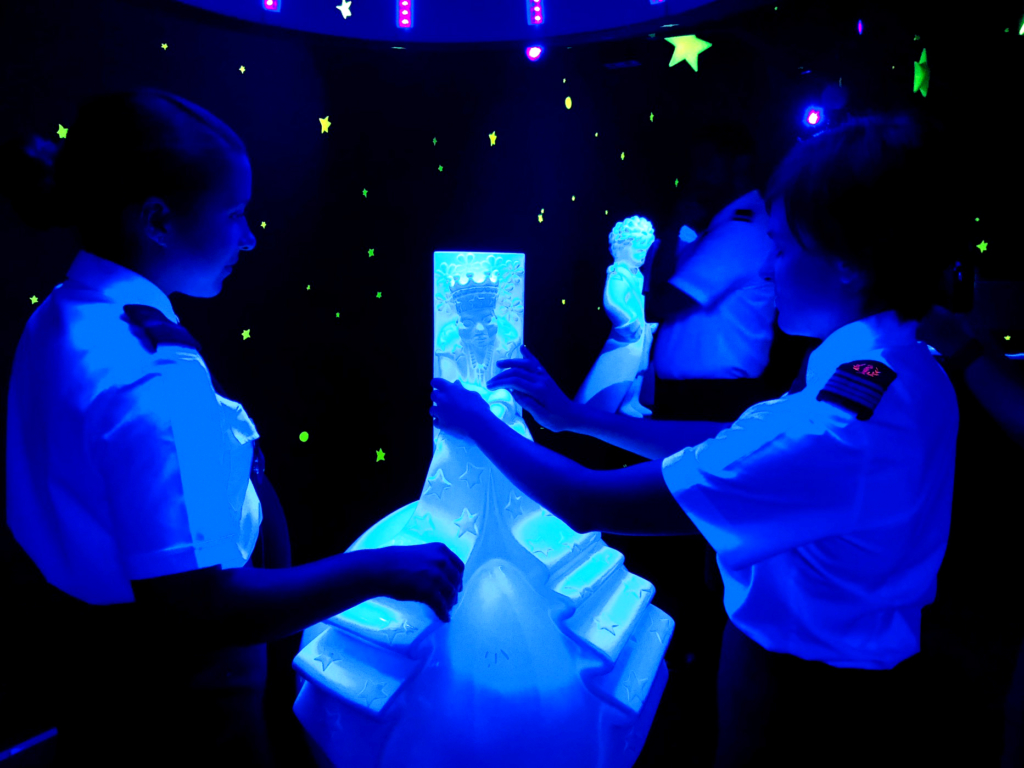 The exhibition at the Singapore Philatelic Museum runs until 17 March 2019.

For more information about the exhibition, please check out:
https://www.spm.org.sg/exhibitions/the-little-prince—behind-the-story

Photos & copyrights :
1- The Pegase mission detachment in front of the Singapore Philatelic Museum.
2- French artist Arnaud Nazare-Aga presents his sculptures of The Little Prince to the delegation.
3- The curator of the exhibition, Mishelle Lim, leads a tour for the aviators at the Singapore Philatelic Museum.
4- Mishelle Lim and General Patrick Charaix before the satchel, coat and pilot’s gloves of Major Antoine de Saint-Exupéry.
5- Two young women from the French Air Force discover a sculpture of The Little Prince accessible to the visually impaired.
6- The delegation around a tactile sculpture of The Little Prince.